Don’t miss out on the Spanish-speaking market place. If you have a business in California and can’t speak Spanish, you are missing out on 12 million opportunities or 28% of the population, according to the 2010 United States Census Bureau.

In the U.S., Spanish has become the unofficial second language with 37.6 million people speaking Spanish in the home. EMC Publishers say that soon, 50 million people in the U.S. will be Spanish speakers.

The Hispanic population of California is now 14.99 million and surpasses the non-Latino whites in the state. This constitutes 38% of the population. As a professional, you need to tap into this market. 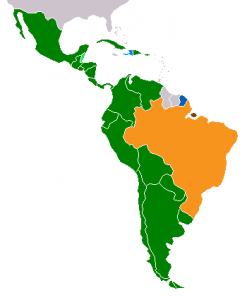